Gourmandine seeds were initially imported from France but through the refinement of the growing process have now been perfected in our rich, red loam soils of the Riverland and Adelaide Plains Districts.

The Gourmandine is the highest quality potato known for its smooth waxy skin, with a long oval shape that has a unique nut-like flavour that make it Australia’s premium potato. Perfect for pairing with salads, meats, roasts and bakes.

Exclusively available at Coles Supermarkets from early February to late October with the peak of the season in July. Try them while in-stock for your special occasions and celebrations.

Try them in our Gourmandine Potato Bakes. 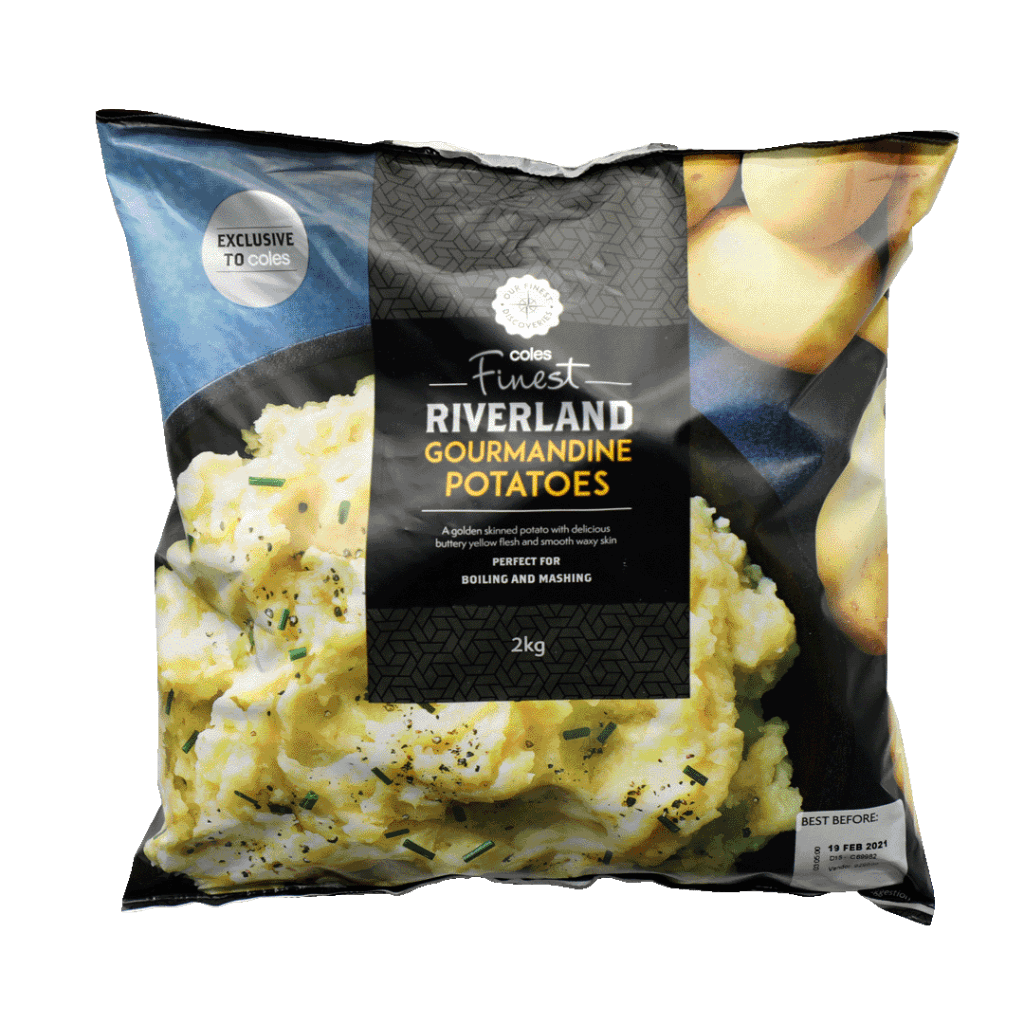